Ready to form new habits that serve you better? Super! Here’s an excellent method to make sure you’ll stick to your new habit. It’s a technique called habit stacking.

So you want to build a new habit? Super! Maybe you want to start going to the gym or eating a healthier breakfast every day? Perhaps you want to read more books or start a meditation practice?

Habit stacking is a great way to do this. It involves linking your new habit to an existing one so that it becomes part of your daily routine.

Before we get into habit stacking, let’s quickly review what habits are routines are.

What is a habit?

A habit is a behavior that you do automatically, without thinking about it.

Whether it’s brushing your teeth, checking your email, or taking the dog for a walk, these are all habits that you’ve probably developed over time.

Habits are essential because they help us accomplish important tasks without spending a lot of energy.

What is a routine?

A routine is a sequence of behaviors and small habits that you do regularly.

Whether it’s a daily schedule, you follow at work or taking your vitamins and preparing a sandwich while your coffee brews, routines can be helpful because they help us to accomplish tasks efficiently.

Habit loop – why we do what we do

The three parts of a habit loop are

The first part of the habit loop is the cue. The cue is the thing that triggers us to make the habit. It could be anything from a sound to a feeling to a time of day.

The second part of the habit loop is the routine. The routine is the actual habit that we make. It could be something as simple as checking our phone when we hear a notification or taking a break to get a cup of coffee in the afternoon.

The third and final part of the habit loop is the reward. The reward is the thing that we get from making the habit. It could be a sense of satisfaction, a burst of energy, or simply the relief of completing the task.

The habit loop is critical to understand because it can help us see how our existing habits are formed and how we can create new ones.

It also helps us understand why we sometimes find it challenging to break bad habits. This is because the cue and the reward are often closely linked.

For example, you may check your phone or email because you hear a notification – you want to know what has happened or who’s trying to reach you.

The best way to break a bad habit is to find a new cue and reward that are not linked to it.

For example, if you want to break the habit of going through your phone all the time, you could set a rule for yourself that you can only use it when you’re in a specific place, like the kitchen or by the desk.

You could also reward yourself with something else that is not phone-related, like having a cup of coffee or reading an inspiring quote.

It’s essential to be patient when breaking a bad habit and focus on replacing the old cue and rewards with new ones. The key is to find equally satisfying substitutes.

Tip: Make sure your goals are consistent with your core whenever you attempt to establish new habits.

What is habit stacking?

The method behind habit stacking was introduced by BJ Fogg as part of his Tiny Habits program, where he called it “anchoring.”

The idea behind habit stacking is simple: You link your new habit to an existing one so that it becomes part of your daily routine.

In other words, you piggyback your new behavior onto a current habit and routine.

Habit stacking is a productivity technique that encourages you to build new mini habits by linking them to existing ones.

For example, you could create a habit stack that encourages you to go to the gym after work by linking it to your existing habit of driving home from work.

But that’s just one example. You can use habit stacking to build any new habits, such as eating breakfast every day or reading for 20 minutes before bed.

The core idea of habit stacking is to find an existing habit that you can link to your new one. This will make it more likely to stick with your new habit because it won’t feel like such a considerable disruption to your daily routine.

Habit stacking is a process of taking a series of small changes and building an entire routine that you follow daily.

Habit stacking allows you to organize new behaviors to make logical sense of how your day works already.

To build an effective habit stack, you need to look at all the things you want to include and organize them sensibly and logically.

This allows you to form good habits more easily and eventually build up a routine to help you achieve your goals.

Habit stacking can be used in both personal and professional settings, and it can be helpful for both short-term and long-term goals.

Building a single new routine can lead to the development of multiple habits.

Start by establishing your current routine.

Example: What are all the things you do in the first 20 minutes in the morning after you wake up? Do you hit the snooze button? Do you make your bed? Do you brush your teeth?

Write down every step of your current routine.

Now write down another checklist of what you’d want to do in the morning. Keep it realistic, and try to include items already a part of your current routine.

Compare those two lists: the list of what you’re currently doing and the one that you’d like to be doing. See if you can find a way to stack something from your “dream list” to your “current list.”

To build a successful habit chain, focus on creating a checklist and following it every day.

By performing multiple small changes together, you create an easier process for forming new habits.

But don’t overload yourself by trying to add too many new items at once.

Here are 5 steps you need to do to stack a new habit on top of an old one and build a habit stacking routine:

1. Choose an existing habit as your trigger

If you always have a cup of coffee in the morning but don’t remember to take your vitamins, place them next to the coffee maker. In time, the coffee will become the trigger to taking vitamins.

2. Make sure your new habit is small and achievable

Wait until you’ve mastered one habit before adding another to the stack.

If your morning routine consists of getting up after hitting the snooze button five times and you hardly have time to brush your teeth or have breakfast, don’t try to add 20-minute meditation, reading a chapter of a book, and writing morning pages to your routine.

And after you’ve established the new improved routine, stack some more habits to it.

This might seem unnecessary, but it’s not. It takes some time to form a new habit, and the more help you get, the better.

Create the checklist, and follow it each day to ensure the new habit is correctly performed. You won’t be doing this forever. Only until the new pattern and routine have become a lifestyle.

4. Celebrate each success, no matter how small it may be

Don’t only celebrate after you’ve perfected your new routine. Reward yourself when you hit a smaller milestone. It doesn’t have to be anything significant, as long as it’s something that you enjoy and that will help motivate you to keep going.

5. Persevere when you face setbacks

It’s progress, not perfection, that counts.

According to a current study, forming a new habit can take anywhere from 18 to 254 days – an average of 66 days. So don’t be discouraged if you’re not seeing results right away. Even though how much of a cliche it is, Rome wasn’t built in a day, and neither is a successfully stacked habit routine.

And the same study discovered that losing a day had little effect on the habit formation process.

Stay focused on your goal – use The Seinfeld Strategy

The habit stacking process is simple, but it can be challenging to maintain focus and achieve success over the long term.

This is where “Don’t break the chain” from The Seinfeld Strategy comes in handy.

Print out a calendar and place it somewhere you can see it all the time. When you make your new habit, you get to put a big red X on that day. The goal is to never break the chain of Xs.

The longer the chain, the more motivated you’ll be to keep going.

READ NEXT: The Seinfeld Strategy – The Simplest Way to Build Habits

If you want to learn more about habits, you can’t go wrong with these books: Tiny Habits Method by BJ Fogg, Atomic Habits by James Clear, and Habit Stacking by S.J Scott. Habit Stacking: 127 Small Changes to Improve Your Health, Wealth, and Happiness (Most are Five Minutes or Less) Tiny Habits: The Small Changes That Change Everything The Power of Habit: Why We Do What We Do in Life and Business 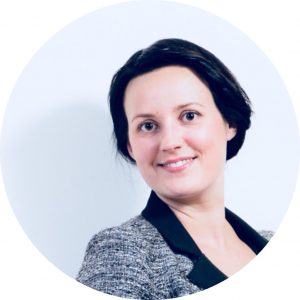 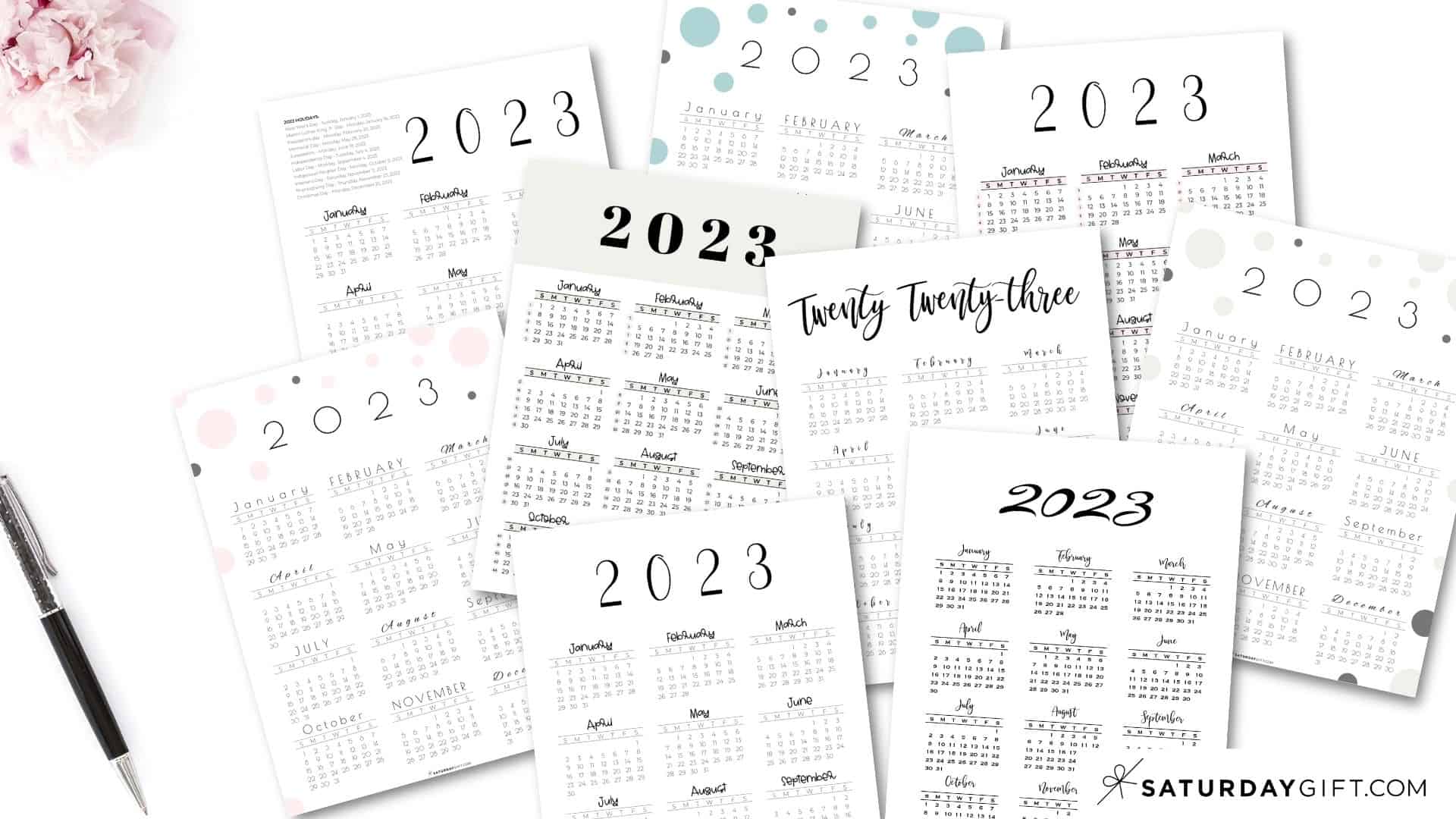