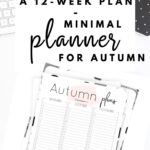 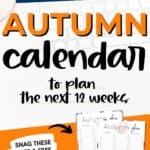 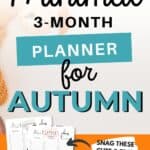 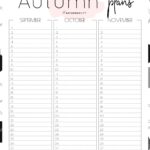 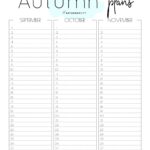 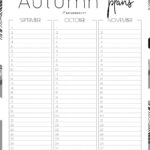 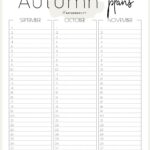 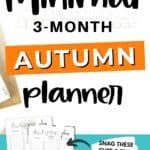 If you love planning things, then you might enjoy this one-page autumn planner sheet for September, October and November.

I created this printable because I needed to have a planner page where I can see 3 months at the time with the week numbers and the dates. And now this planner sheet is one of my favorites! So of course, I want to share it with you and gift you the printable. I hope you’ll find it as helpful as I do! 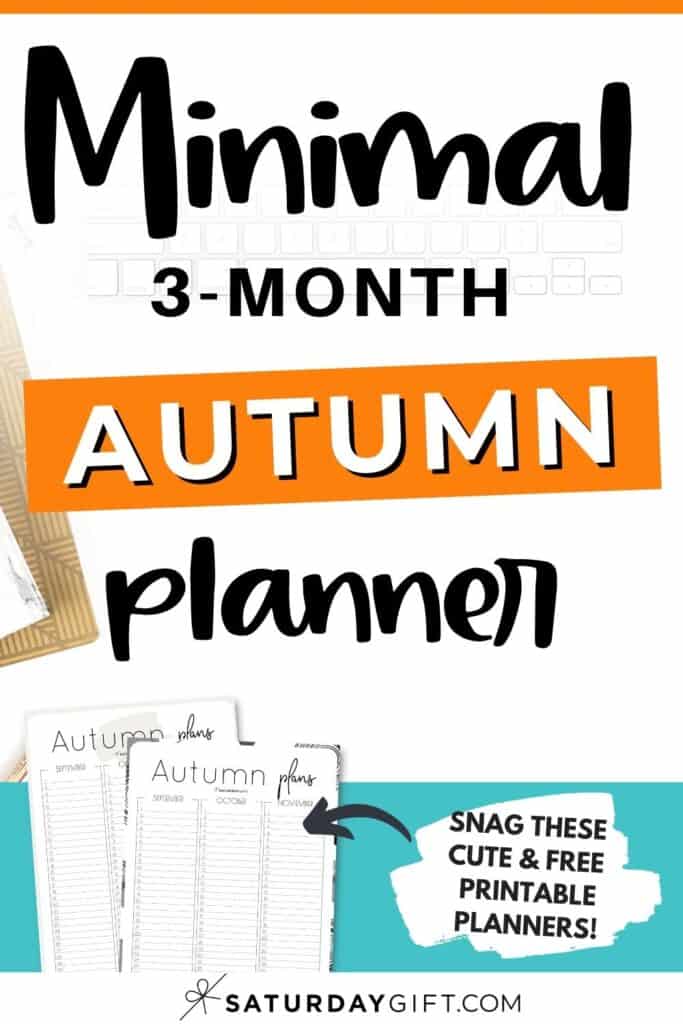 If you like to stay organized, you need to (and most likely love to) plan things. And especially when you’re planning your autumn it would be great to have a planner view of all the autumn months on one page. And that’s why I created this minimal autumn planner sheet. 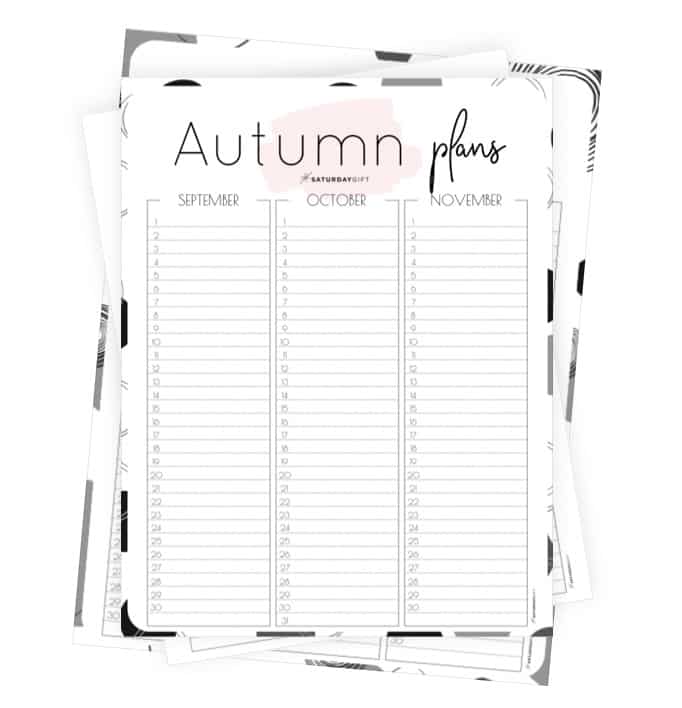 This minimal autumn planner is a one-page printable and you can add it to your planner or bullet journal but it works well on its own as well if you just need to quickly create some plan for your project.

It has the dates on it, so you can just print the calendar and start planning.

Extra tip! You can color or highlight the line between Sunday and Monday (or Saturday and Sunday) so you can easily see when each week changes.

Add the numbers of the week also if you need them.

This is “blank”/evergreen calendar so you can use the same download next year too. 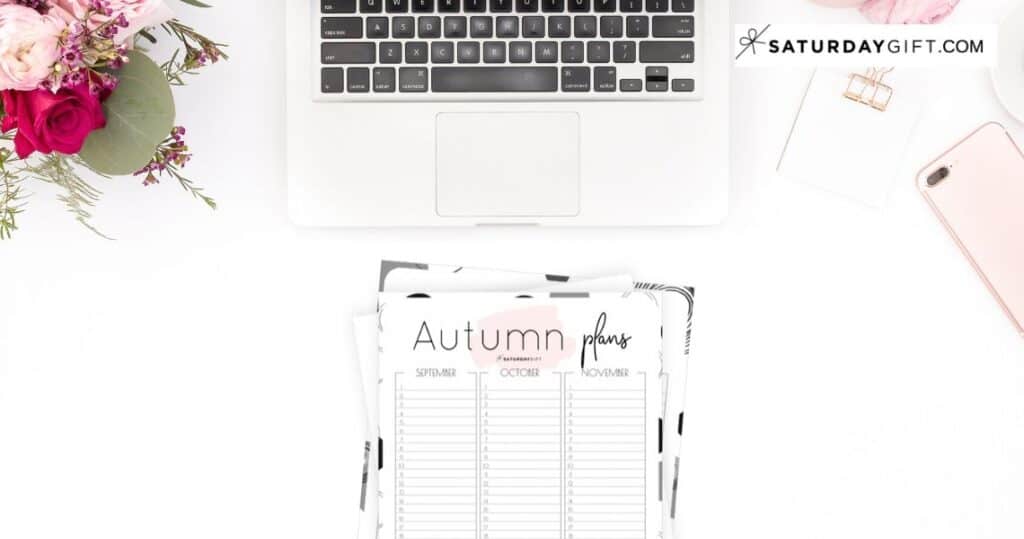 You can use these for menu planning, for blogging, to highligh the holidays, plan things with friends and family or just to use it to organize your life.

And they look pretty cute. What do you think? 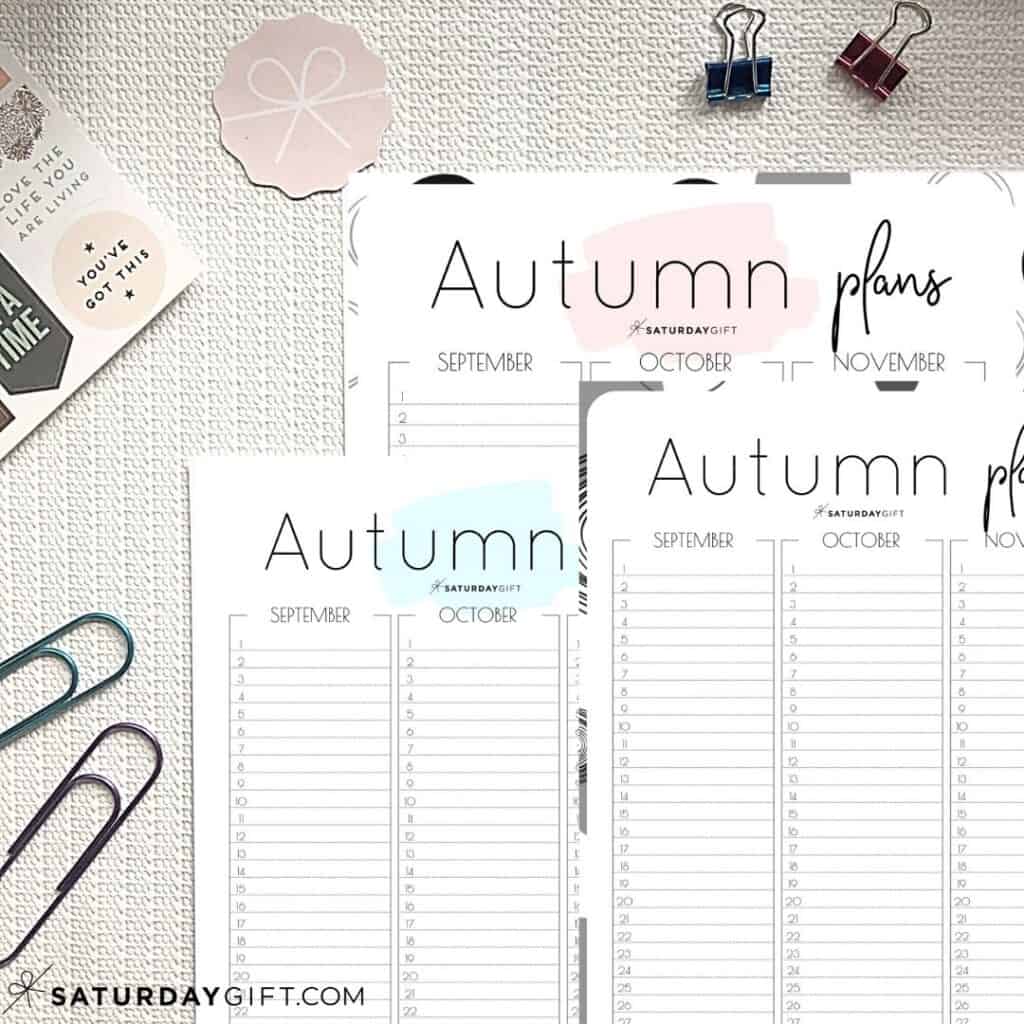 Materials I use and recommend

Why to plan “Seasonally”?

Each year can be divided into four quarter – Q1 being January-March, Q2 being April-June and so on.

But the year can also be divided by seasons:

And because the year is divided by seasons, then the goals and plans are in line with the schedules that schools, vacations and the courses you might take have.

Plus if you live in a place were there are four seasons weatherwise then you can plan and set goals that are in line with the weather as well (if needed). 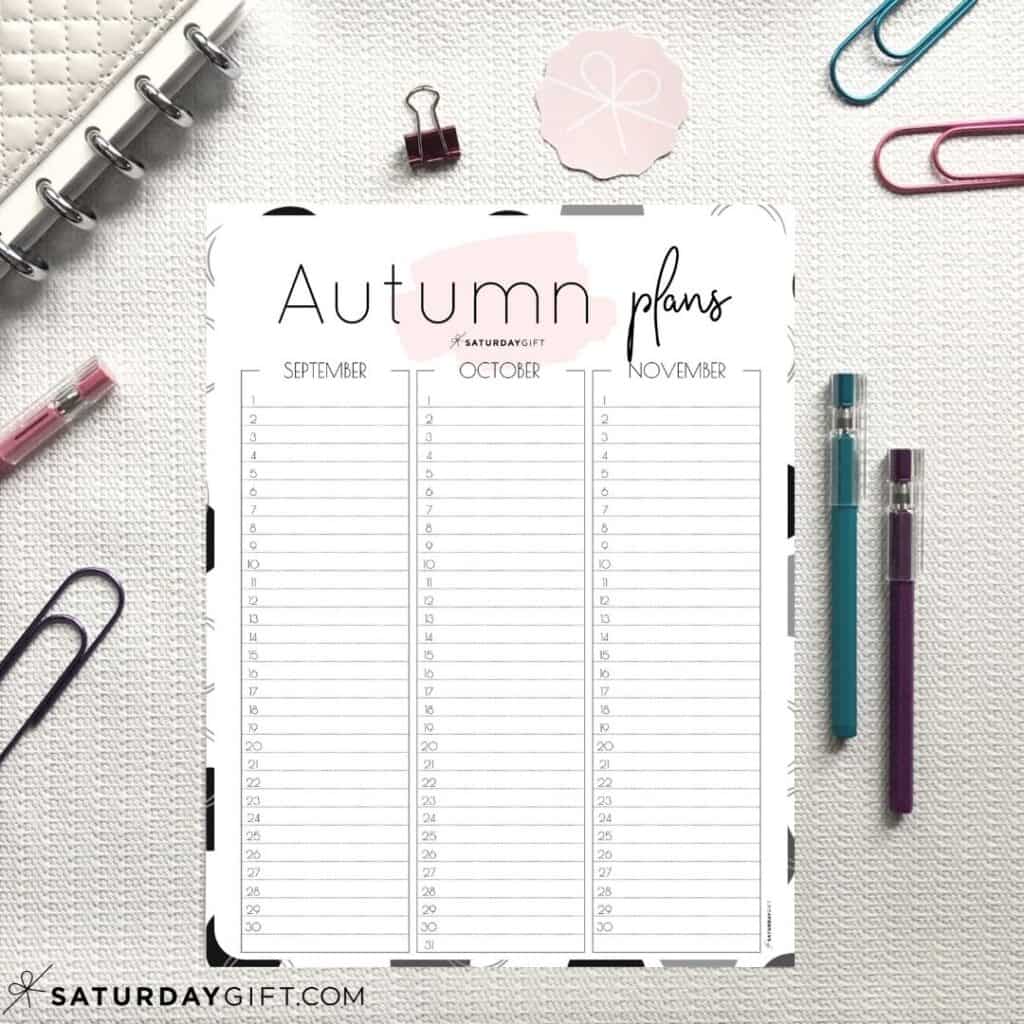 There are all autumn months (September, October and November) on one page.

There’s room to write and make notes and you can print as many as you want to for your personal use.

You can’t go into details because there’s not enough room to write too much, but sometimes that’s a good thing! The idea of this minimal planner sheet is to make an overall plan.

And I like it that you can do some planning with color codes / highlighters and see on one page how busy or empty your calendar is. 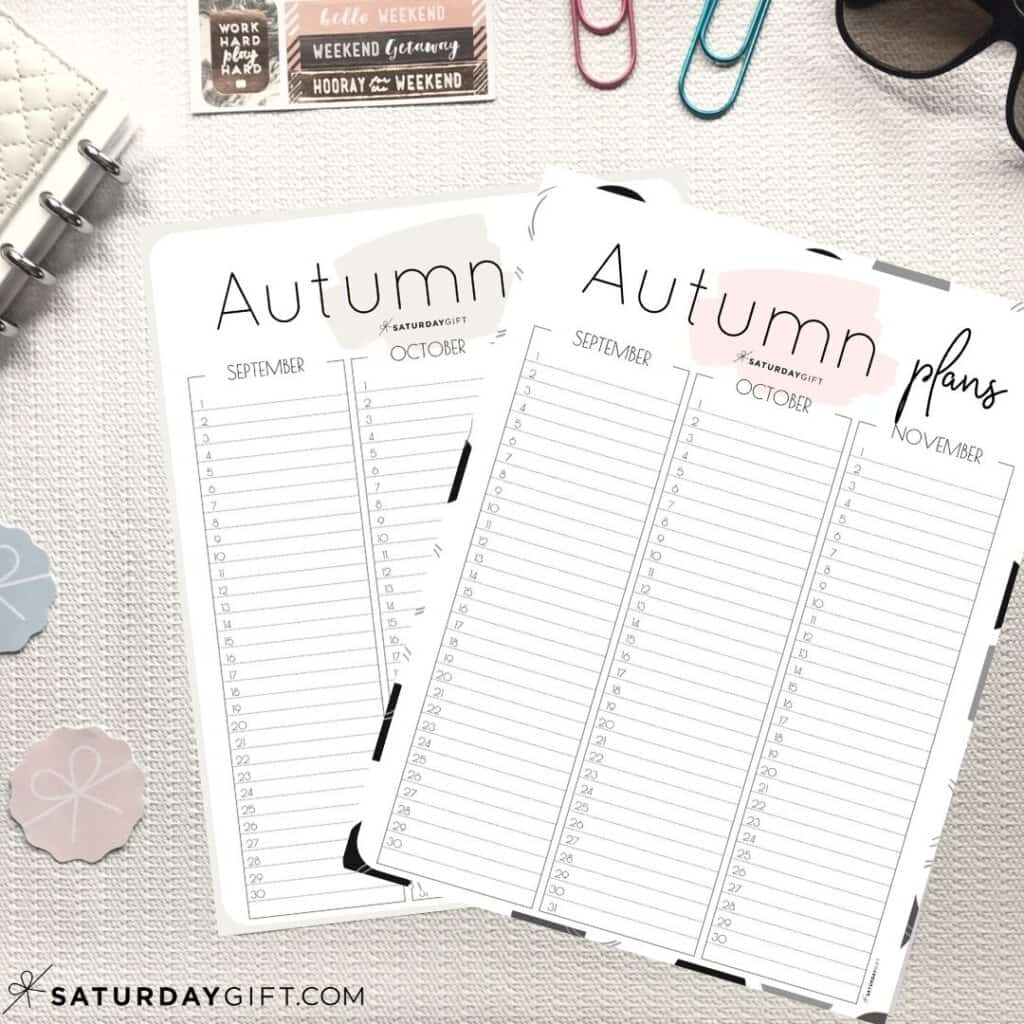 This printable is a US letter size and but there’s a one design you can easily resize to fit any planner, bullet journal or binder and after resizing and printing you can use the extra white space for notes or doodles. 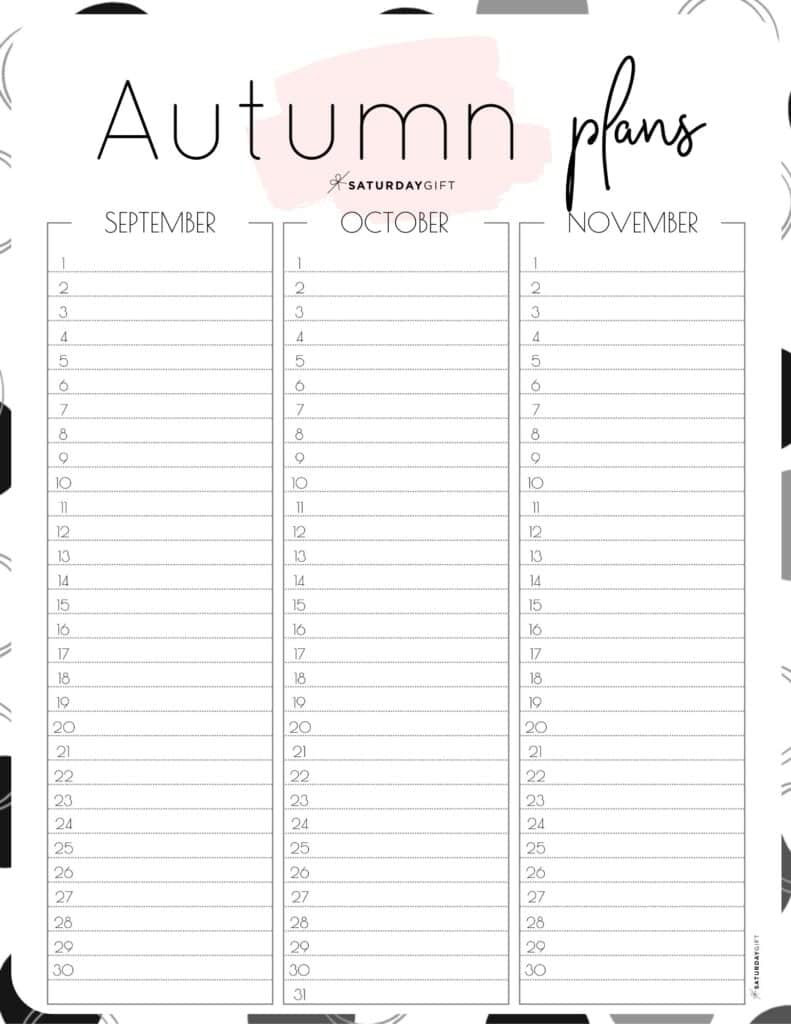 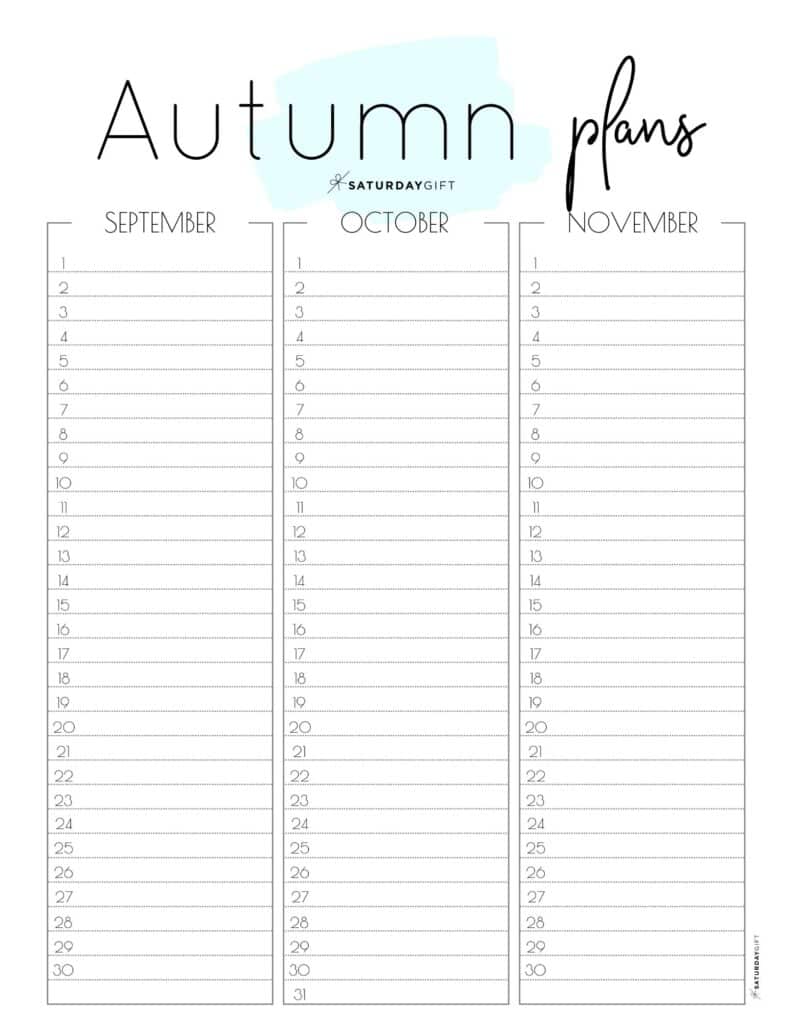 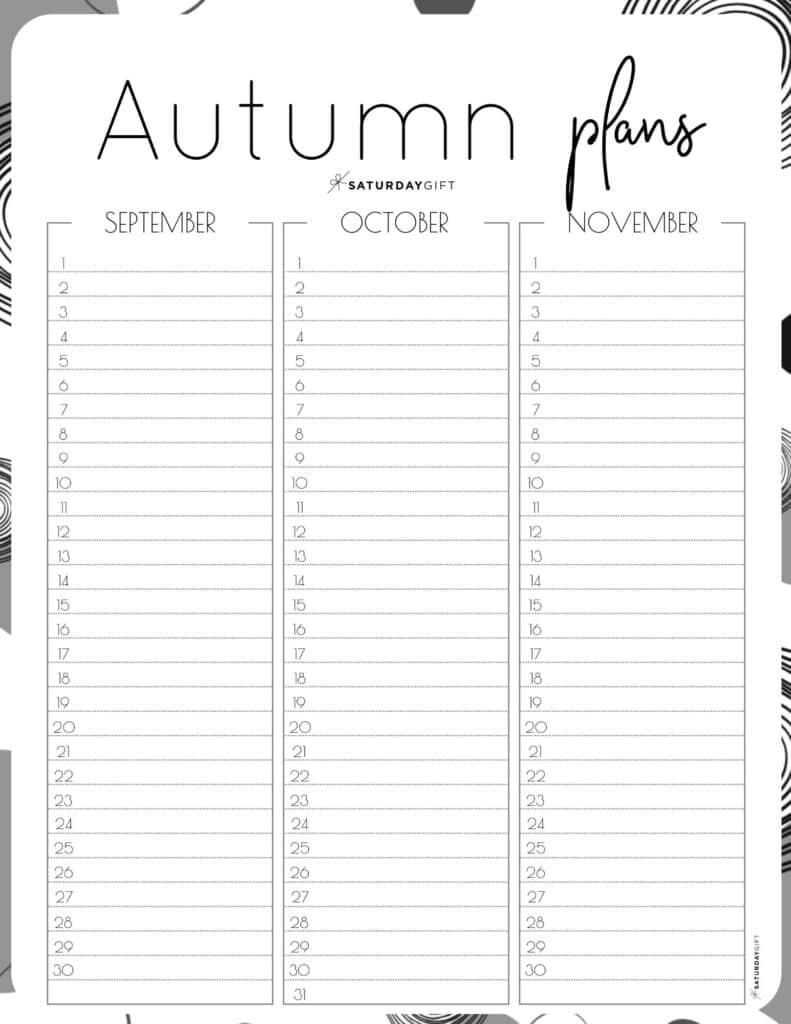 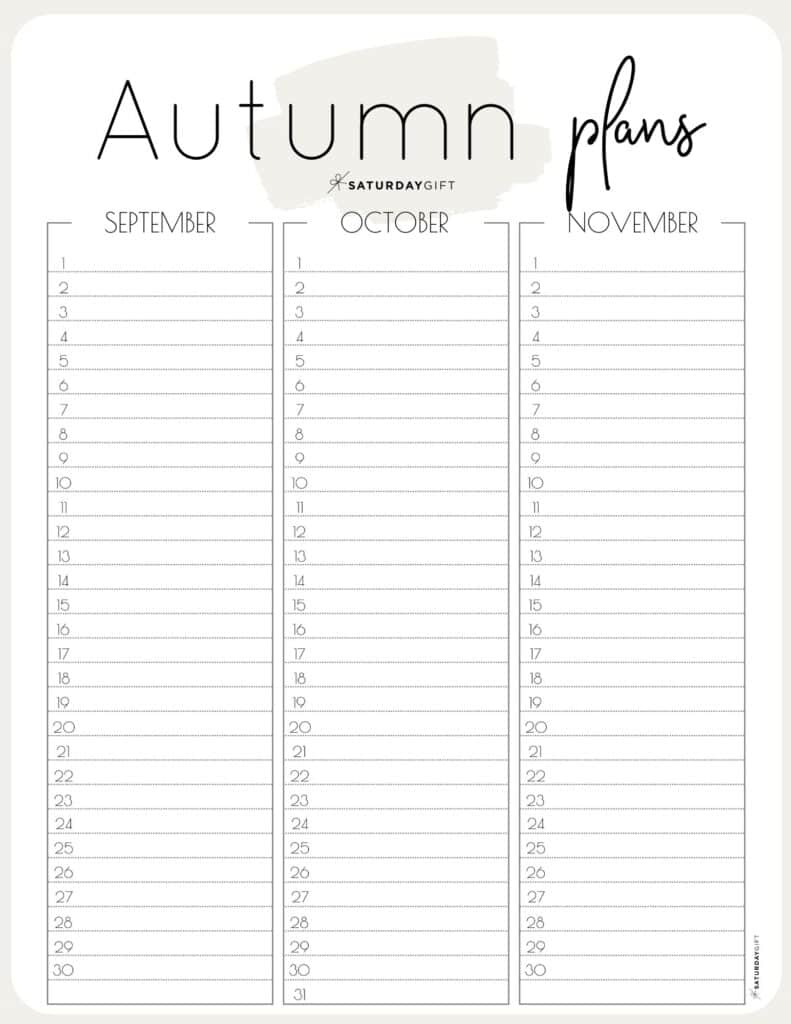 How to download the practical one-page autumn planner sheet

You can find most of my pretty & practical planner sheet, calendars, worksheets and checklists free from the SaturdayGift Printables Library.

Download the printables under each image above or from these links:

Tip! I’ve noticed that the printable looks better when it’s first saved to your computer and then printed from there. That way you can choose the printer settings you like to have.

Don’t miss any of the future SaturdayGift pretty and practical worksheets. Sign up with the form below.

Next steps: get the other printables of this series

These printables are part of the 12-week planning series. Each “season” I’ll be gifting you new planner sheets that’ll help you plan the next three months and set and achieve your 12-week goals.

The other articles/planner sheets of this 12-week planning -series are:

Want to remember this? 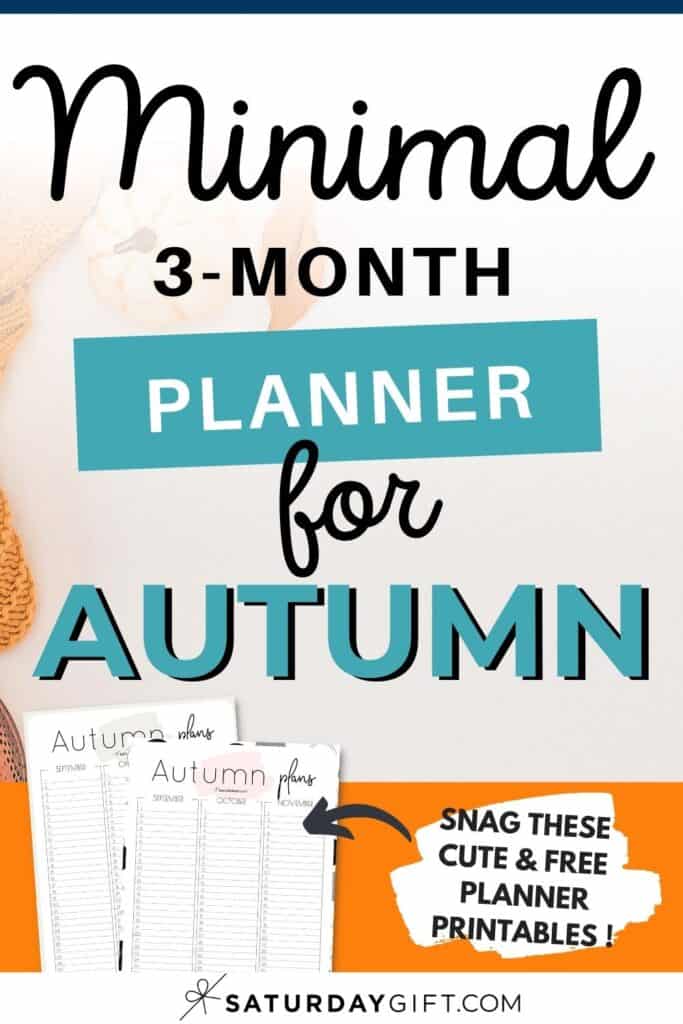 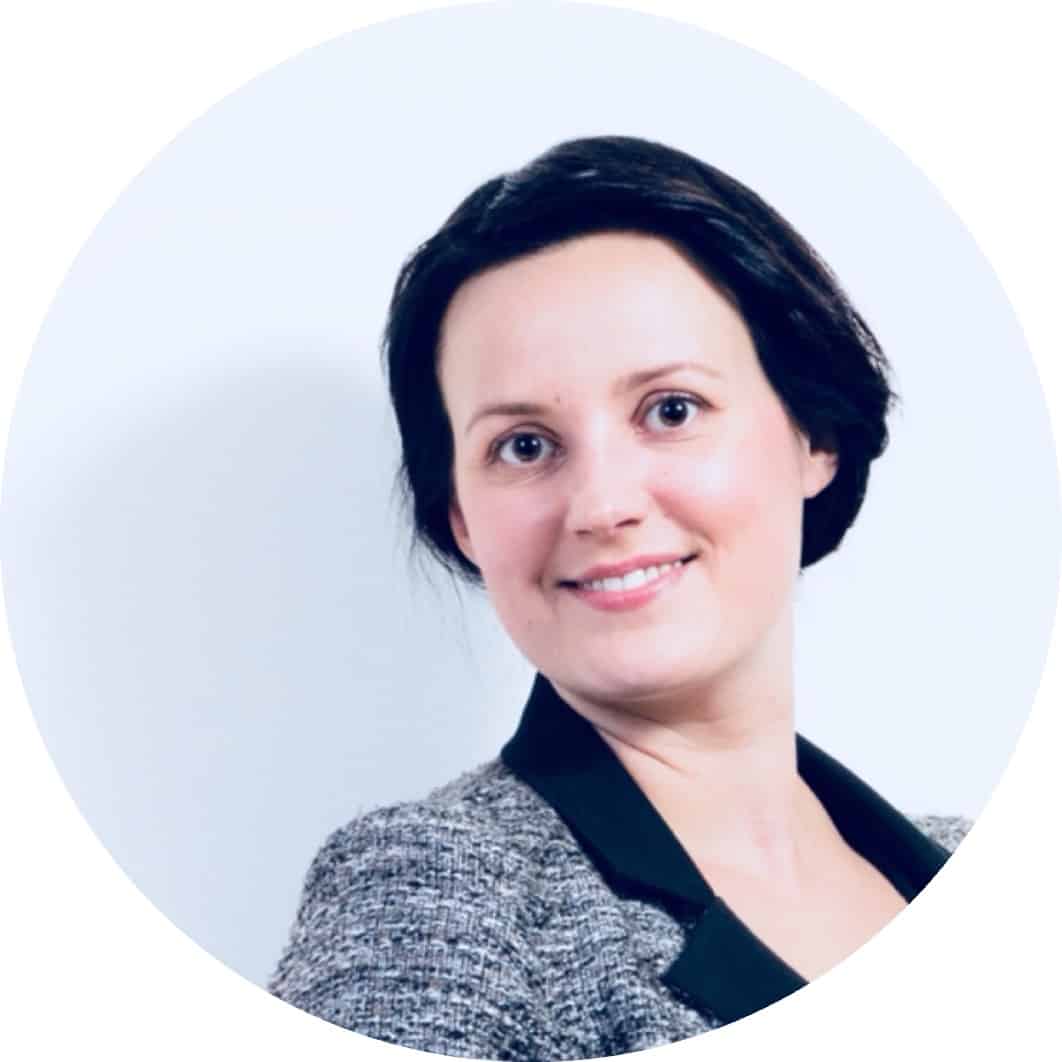 I'm Cristina Morero and I'm here to help you simplify, plan, grow and succeed while feeling good about yourself. One gift at a time.
Read more